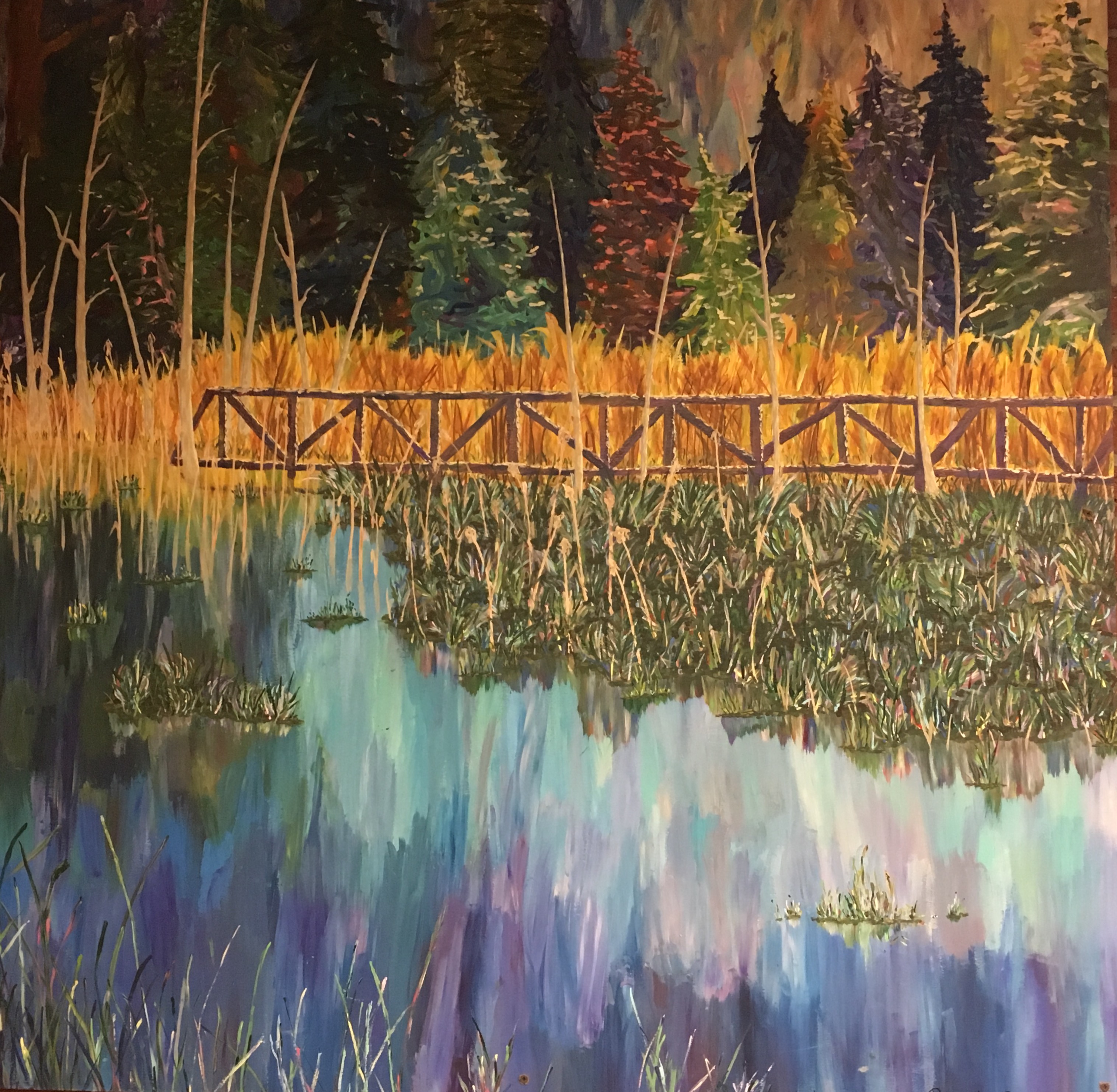 China Middle School, on the outskirts of RSU 18, is a rather unassuming building that houses one of the best-kept secrets in the district.   Upon entering the school, you are greeted with a Banskyesque depiction of Einstein, turn left and you see a Magritte, further down the hall is a Pollock. The primary school is no less charming with colorful murals depicting ancient civilizations, geometric patterns, and day to day of life at the school.

The man behind it all is art teacher Nate Tompkins.   In the early 2000s when a fire marshal requested the removal of all the paper posters and projects from the halls, Mr. Tompkins wanted to do something to make the walls look less bare and institutional.

Mr. Tompkins started with the China Primary murals as a collaboration between the art classes and the summer art institute that he ran.  He had his elementary art students do drawings based on a theme related to school, such as “what do you do when you get to school” or “what are things you like to do at recess.”   He would then arranged a selection of drawings into a mural and use a projector to transfer the drawings onto the wall for the summer art institute students to paint.   Later on, the civilization murals were developed in a similar manner out of his personal passion for art history and his students’ interests.

After a few years, parents asked if he could do something for the Middle School as well.  These projects were done as large moveable pieces that could be relocated in the event of the school being renovated or rebuilt.  Students worked in small collaborative groups to brainstorm and develop thumbnail sketches of their intended piece.  Each piece had to be patterned after a particular artist’s style and had to represent some aspect of life in China, Maine. Students also composed a professional write up describing the artist’s life, its impact on his or her style, and the manner in which the students’ piece connected to their community.  In every corner of the school, you can see works patterned after the masters but with a local twist.   There’s the Warhol project that features the Clipper,  the DeChirico project that depicts China’s three educational institutions, and the Monet of the China Forest that several staff members have said they would love to take home with them.

While Mr. Tompkins would love to continue the project, the constraints of time and space make it difficult.  He teaches art to 9 different grades and doesn’t have a lot of free time. There’s also not a lot of wall space left in either of the schools.   In an ideal world, he would like to offer students the possibility of developing and completing smaller 2 by 2 murals if time allowed.

While the mural projects are time-consuming, Mr. Tompkins says that the results are well worth it.  “There’s the school pride factor for one,” he said. “There’s no graffiti. Some pieces that have been up for a decade look like they were put up last week.”  He also likes that it provides students with exposure to artists they might never have known otherwise. In a time when budget cuts make museum trips a rarity, students might never get to see an actual Van Gogh or a Magritte.  Thanks to this project they see their style and works every day.