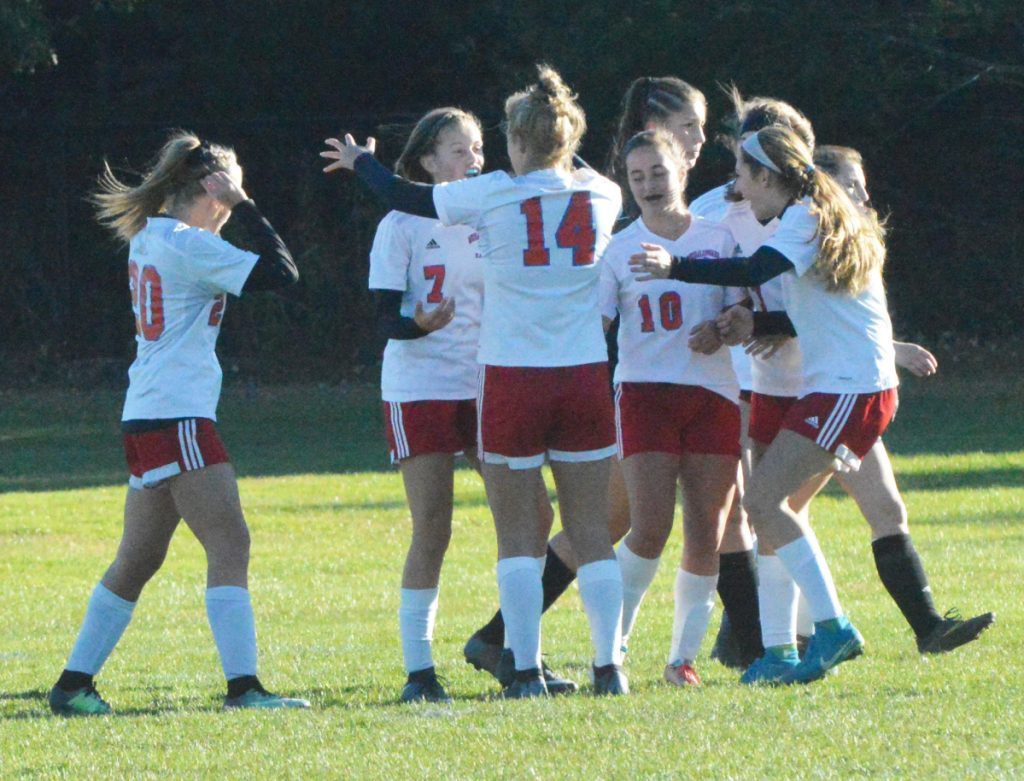 The Messalonskee girls’ soccer team started the season with what appeared to be a lopsided loss to top-ranked Camden Hills. But Messalonskee coach Chris DelGiudice said that score was deceptive.

“We definitely played with them,” he said, “but at times, we got out of our game plan, and they were able to capitalize on their chances and when we had [our chances], we didn’t [capitalize].”

But at 2:30 p.m. Wednesday the Eagles get a chance to avenge that defeat when they journey to Rockport to play the top-ranked and unbeaten Windjammers for the Class A North championship.

DelGiudice, who is in his first year as the Eagles head coach, said his team has grown significantly since its opening season loss.

The clearest evidence of this growth is that Messalonskee has done nothing but win since that game, compiling a record of 15-1, including last Friday’s 2-0 victory over Brunswick in the regional semifinals.

A less obvious sign of that growth is the trust that has developed both between players and DelGiudice and among the players themselves, DelGiudice said. But that trust took time to develop. Initially, he said, he sensed his players questioned him and his philosophy.

“They were not sure they could trust me,” he said. “They weren’t sure what I said was actually going to bring any rewards. As we kind of got going and continued through the season, they all kind of bought in.”

DelGiudice said that “buy-in” or trust is a huge factor in his team’s success and, naturally, will play a critical role in the outcome of Wednesday’s championship.

What he is hoping for in the match, he said, is that his Eagles play with poise and control. Such an approach, he said, gives Messalonskee the best opportunity to emerge triumphant.