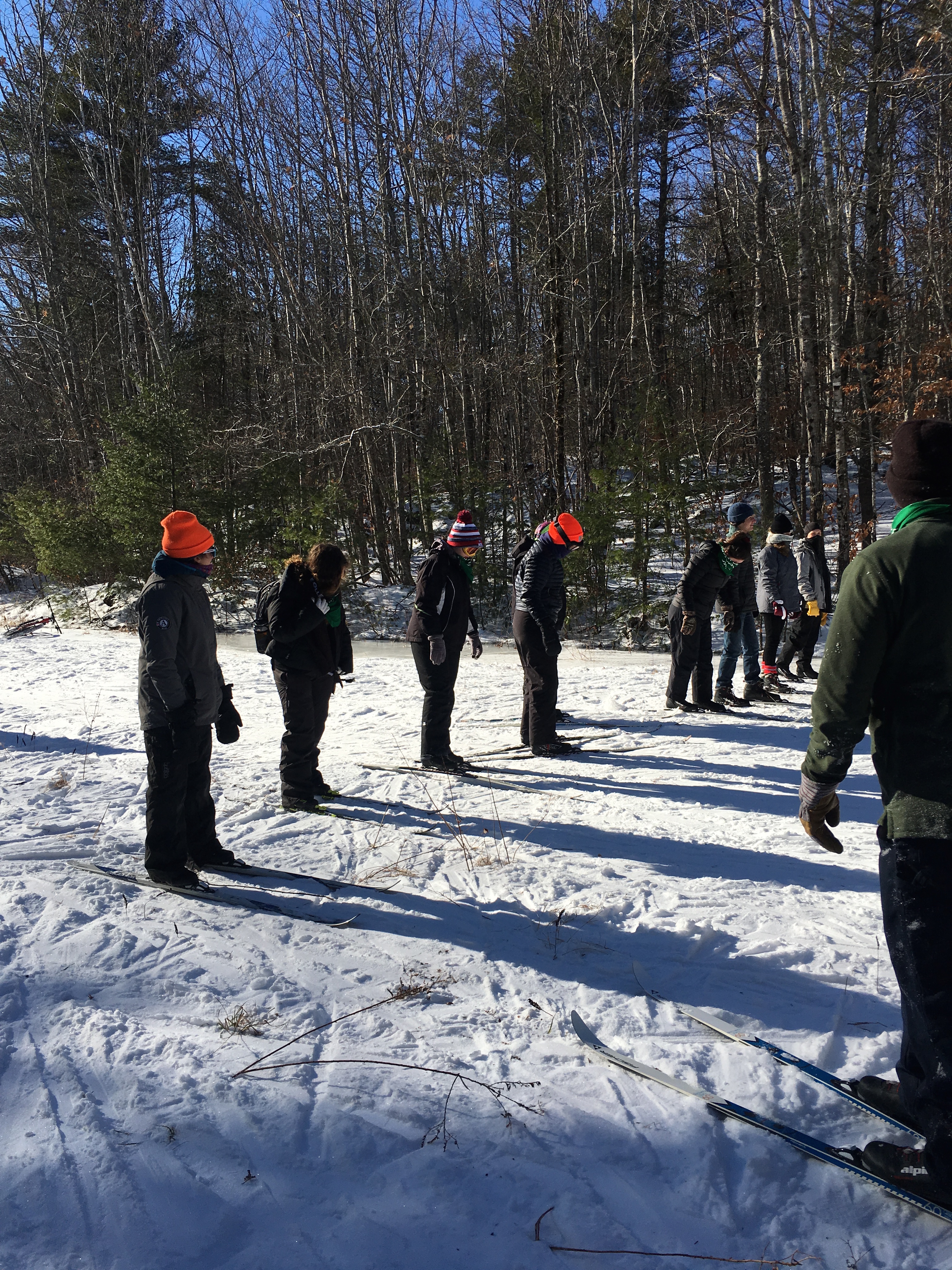 Ethan Burton served as the fire stoker for the Messalonskee Outing Club’s recent overnight at the Winter Skills Weekend in Jefferson. Given the frigid temperature – 0 degrees Fahrenheit outside the yurt – and the feeble size of the wood stove he had to feed every hour, Burton didn’t get a lot of sleep. He and the rest of the Outing Club crew didn’t get a lot of heat either.

“When we woke up all our water bottles were frozen,” Messalonskee senior Grace Carlson said. This is what happens when your yurt is a not-so-toasty 9 degrees at sunrise.

But no matter. Despite the frigid conditions, the crowded quarters (12 people squeezed into the yurt), Outing Club members insist they had a good time. Really.  “Even though it was so cold,” senior Jill Pino said, “we forgot about the pain.”

Instead, they focused on the fun of experiencing the Maine winter in a memorable way with a group of good friends and fellow adventurers.  “We got up, made breakfast, skied for the morning, and then came home,” said science teacher Bryan Quigley.

Quigley is the ringleader of the Outing Club, a byproduct really of the Acadia camping trip he and colleague Rachel Howard, a Messalonskee math teacher, organized for last year’s YES program.

Quigley said he saw that enough students had an interest in experiencing the Maine outdoors to warrant putting together an Outing Club, which came into existence at the start of this school year and now boasts more than 40 members. “For our first true event we hiked French Mountain and Blueberry Hill,” Quigley said, referring to two popular trails in central Maine.

The Outing Club subsequently met for a Halloween weekend hike at Mount Battie in Camden, an experience highlighted by telling ghost stories at the top of the mountain under a night’s sky featuring what Quigley described as a “blood red moon.”

For the Christmas season, the club met to go night sledding behind the high school and watch holiday movies afterward.

For Quigley, who grew up in a family that regularly hiked and camped, the Outing Club has helped to rekindle his love for the outdoors.

With several months still left in the school year, the club plans to have more outings. Quigley said he’s working on arranging a day of skiing at Sugarloaf USA.