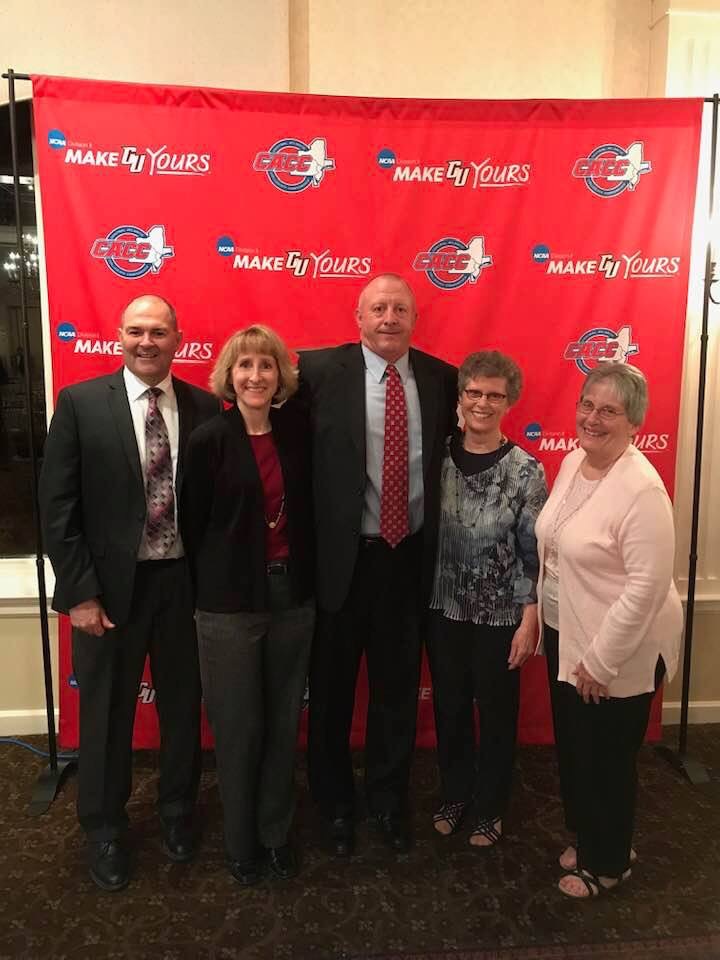 Last Friday, Messalonskee alumni Dean Johnson was inducted into the Caldwell University Hall of Fame for his work as coach of the Cougar Softball team.

A 1980 graduate of MHS, Johnson still has deep roots in the Oakland Community. Those of you who do not know Dean may have had the pleasure of meeting his mother, Judy Johnson, or his sister, Cindy McCarthy.  During his time at MHS, Johnson was a baseball player and played basketball under coach John Hapworth and assistant coach Bob Browne. After graduation, he earned a Bachelor of Arts in History and Secondary Education from UNE where he was also a standout point guard.

Johnson became Head Softball Coach at Caldwell in 1995 when the coach at the time walked out in the middle of practice and never returned.  It proved to be the best thing that could have happened to the team. Johnson covered the rest of practice that day and agreed to take over the head coach position for the rest of the season. In his 24 year tenure, Johnson has had only one losing campaign and last season the Cougars had their 16th 30 win season and their 5th 40 win season.

Jonson’s athletes have a history of performing well in the classroom as well. The Cougars had the highest GPA among all NAIA programs in 1996, and the 2004 team received an award from the NCAA for having the top GPA out of the 8 teams participating in the College Softball World Series that year. Johnson also celebrated his 800th win at the end of March.

In addition to coaching softball, Johnson is Caldwell’s Associate Athletic Director. Johnson was one of 4 inductees and the only coach inducted into the Caldwell University Hall of Fame this year. His 2004 Softball team was also inducted for their outstanding success on the field.