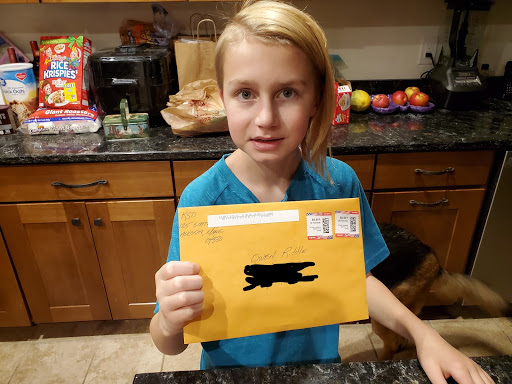 Fifth-grader Owen Riddle was concerned about the number of cars speeding in front of the school. So for his “Citizenship In The Community” merit badge, he decided to take action. He wrote a letter to the Kennebec County Office of the Sheriff expressing his concerns and the need for more awareness of school zone speed limits. He was pleasantly surprised when he received a response from Sheriff Mason. He also received a Challenge Coin from the Sheriff in appreciation for expressing his concern. As a result, we have seen more police presence in front of JHB. His teacher, Britni Hutchinson, praised his efforts by stating, “It’s exciting to see students connecting with the community and how just one person can make an impact.” Great work Owen, JHB is proud of you!