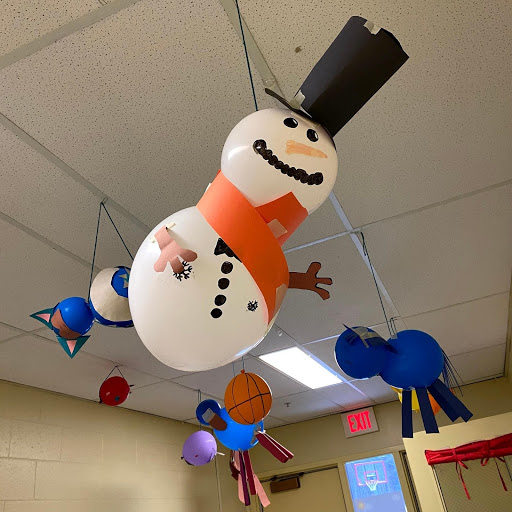 Students read Balloons Over Broadway – a book by Maine author and illustrator Melissa Sweet – as well as an article about Tony’s 1937 “Nantucket Sea Monster” hoax. Next they used an interactive Google Slide deck to research what it takes to design and create the balloons that have paraded through New York City since their debut in 1928.

Students then put their imaginations to work as they designed, sketched, and created 3D models of their very own balloons…some using Model Magic and some using actual balloons! Look out, Broadway…JHB fifth graders are headed your way!  Link to Youtube video of students’ parade: https://youtu.be/zO3fOKhE24E.