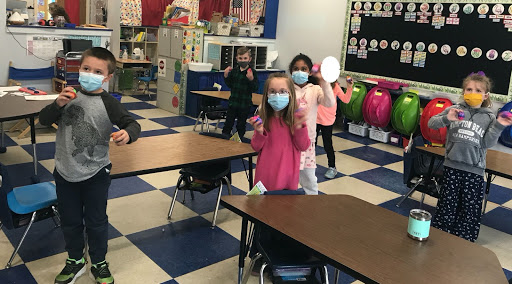 Before they started their own, Mrs. Paradis had students try to figure out which material she used in making hers by listening and comparing the sound heard when each one was shook.  They had several choices of materials to use to make their shakers, including popcorn kernels and many different kinds of dried beans.

After the shakers were done, students used them to shake along to a fun song called, “I Know a Chicken”.