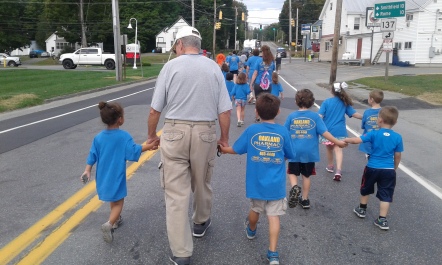 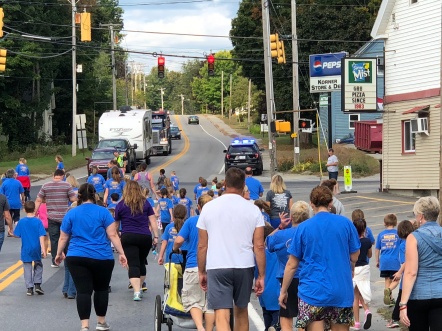 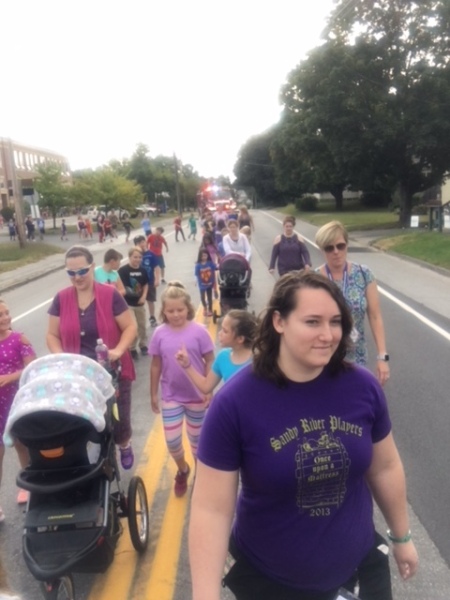 Atwood and Williams staff and students took to the streets yesterday to take part in the American Cancer Society’s annual Walk Against Cancer.

This is the 8th year that the schools have participated in the walk. The tradition started when two kindergarten students were diagnosed with cancer. Several students had also lost parents to the disease. Atwood Principal Jennifer McGee realized then that cancer had affected the lives of nearly all of RSU 18 staff members and students.

“It’s empowering to “do” something in the fight against cancer,” said McGee.

Over the years it has become a community event. Parents, grandparents, and neighbors join in the walk.  Students make signs with the names of their loved ones who have battled cancer, and staff and students collect donations.

“I speak to the children about the scientists who are working tirelessly for a cure, and I explain to them that’s where our money goes,” said McGee. “We have to believe there is a cure right around the corner.”