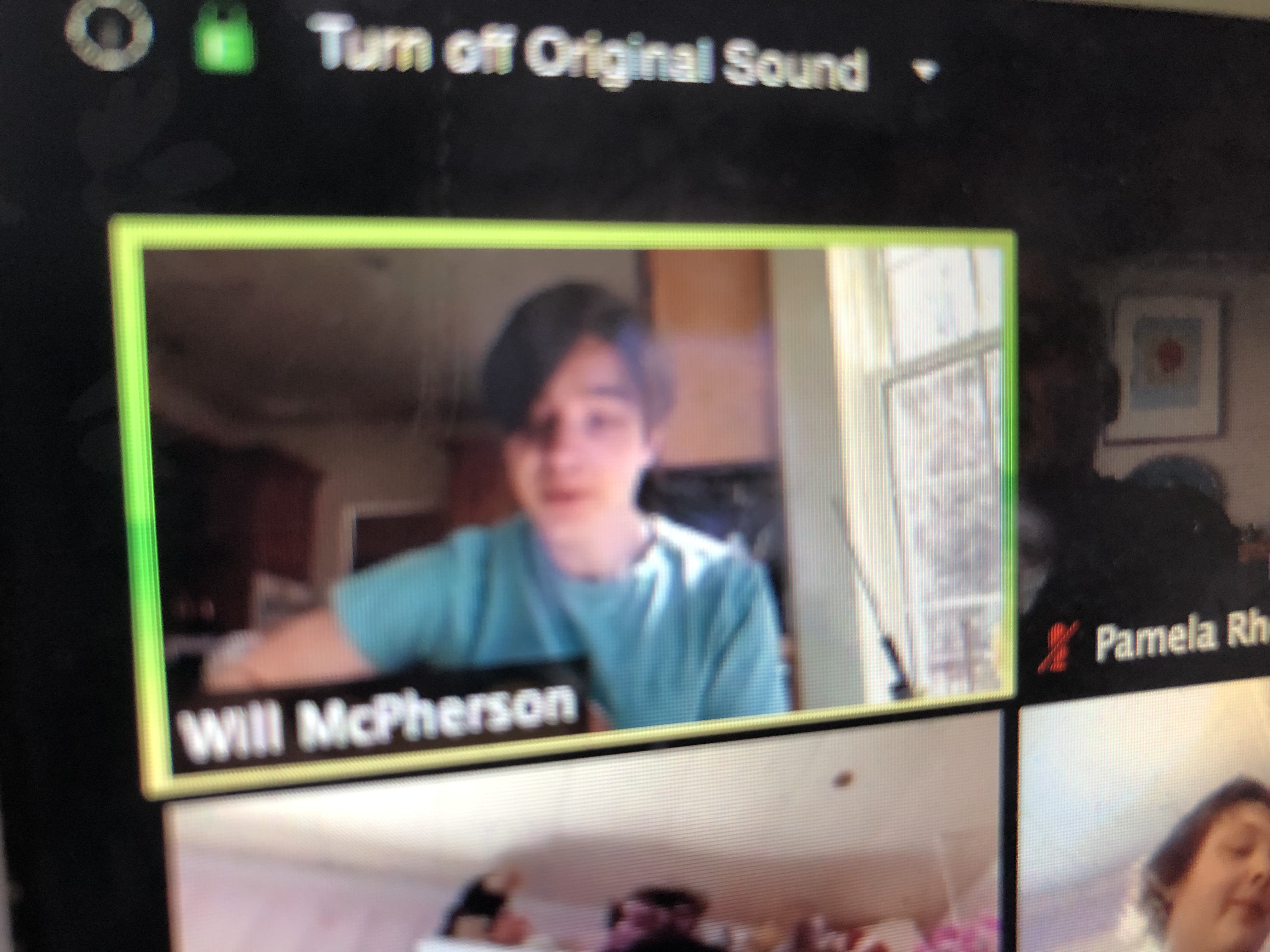 One of the most popular events held at the high school library is the Lunchtime Music Series sponsored by the MHS Tri-M Music Honor Society. Once a month, all students are invited to perform before the school community in an open mic show. It is a standing room only event. Audience members are entertained by a wide variety of vocal and instrumental performances including but not limited to solos, brass combos, guitar melodies, choral groups, and jazz ensembles.  Listeners never know what type of music will be performed, including the latest pop music tunes, songs from Broadway plays, or classical selections.

Currently, art lovers can tune into a variety of concerts, museum tours, and plays online. Likewise, MHS community members were treated to a Virtual Lunchtime Music Series on Zoom this month. Will McPherson performed an original composition, Everybody Gets Sad Sometimes.

Gabe Fougere did an excellent job in his first-time appearance in the Lunchtime Music Series singing The Black Keys, Little Black Submarines.  Accompanying herself on piano, Julia Bard sang an excerpt from Mad World by Tears for Fears. Theo Strezwewski sang an Irish ballad that was a big hit with the audience, as was his dog who stood by his side during the entire song.

This month’s featured faculty member was Mr. Rhein who shared a Paul Simon tune, April, Come She Will.

Rosemary Peterson has been the emcee of the music series this year.  In between musical selections, Rosemary has been known to wow the crowd with an ironic, and often corny, joke or two.  Deveon Nolan was the guest host this week and he did not disappoint the crowd with his jokes:

“What is a golf club’s favorite type of music?”  Answer:  “Swing Music!”

“How does a musician find out how much his cat weighs? Answer: “He uses a scale.”

Mr. and Mrs. Rhein wrapped up the event by leading everyone in a group sing-a-long in a round. 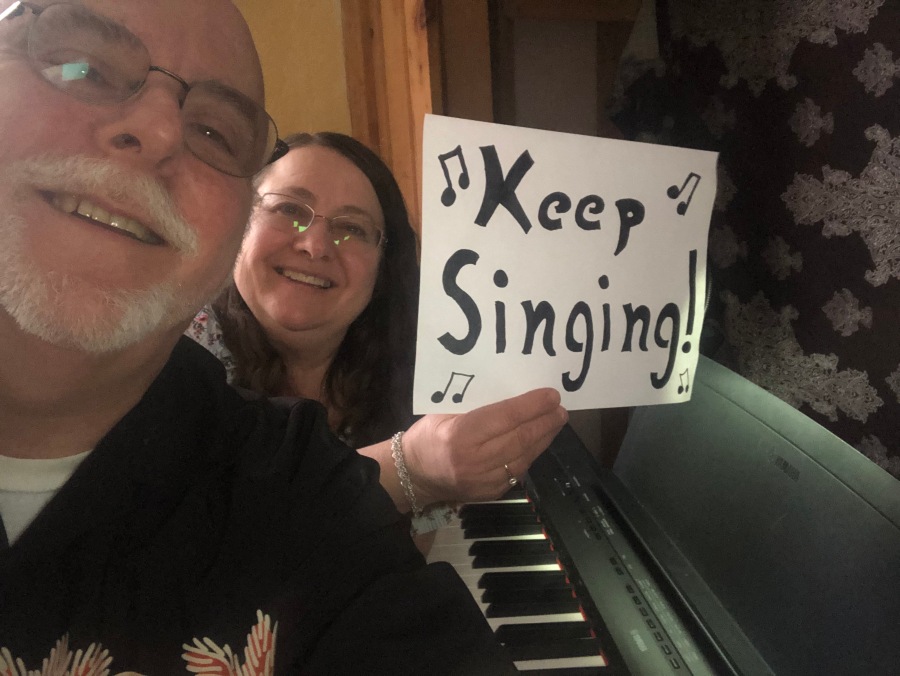