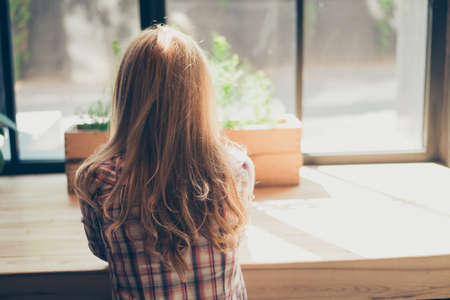 Messalonskee senior Kristen Dube said the second time was especially hard. She had emerged from her 10-day COVID-19 quarantine over the weekend, and on her first day back in school she got the dreaded message: the pandemic had struck again.

After 10 days of captivity in her house, Dube was forced to huddle home for an additional 10.

“I was upset,” she said. “I was on the verge of tears. It is just so frustrating.”

Messalonskee principal Paula Callan said several students have had to quarantine this school year, and she added that the experience is difficult for them – particularly the ones who have to quarantine multiple times.

“It is socially and emotionally draining for those students who are placed in quarantine,” Callan explained. “Being isolated from their peers (sometimes more than once), having to transition to remote learning, and not being able to participate in their respective extra-curricular activities, on top of all the changes they have had to experience this year, can prove to be overwhelming. I am always concerned about the well-being of our students, but more so now.”

In order to better ensure that well-being, Dube, like all students at Messalonskee,  has had to tolerate wearing a mask during classes and when in transition between periods this school year.

But she first encountered the more profound impact of the virus as an athlete when she learned that the virus had essentially vaporized her volleyball season in what was to be its first year as a varsity program at Messalonskee.

Instead of a full regular season schedule and the opportunity to earn a state championship, Dube and her teammates had to settle for a handful of exhibition games against local opponents on outside courts.

Nevertheless, she took solace in the fact that she at least got the chance to play her sport. And she also took heart that she lived in a school district that gave her the option of a full-time in-school educational experience.

But that situation changed on Wednesday, Jan. 13. Dube said she was in Mrs. Karagiannes’s “Rights and Roles of Citizens” class when the call came from her mother. “Half way through the period, I got dismissed,” she said. When she got to the Main Office, her mother – Messalonskee Main Office secretary Sarah Dube – gave her the news: she had been a close contact to a classmate who had tested positive for the coronavirus. Her first session of quarantine was about to begin.

“I knew it was a possibility,” she said, “but I never really thought that it could be me, and when it happened, I thought, ‘Wow. This really is happening.’ ” Quarantine, Dube said, is not fun. She still attended classes each school day, albeit virtually through Google Meet, a mode of learning she found far more challenging than the traditional method. “I am not an online learner,” she said emphatically.

Still, the school sessions at least provided a distraction from the boredom of being homebound. In order to fill the day, Dube said she took to binge watching various TV shows and playing board games. To stay active physically, she devised a calisthenics program that she adhered to religiously.

Dube said she’s grateful she doesn’t play a winter sport given she would have lost 20 days of the season to being quarantined. But Dube, a center fielder on the varsity softball team, is concerned about encountering the same issue during spring sports.

As a result, she is weighing a return to Google Meet.

“I’m considering going fully remote,” she said, “so I won’t get exposed [to the coronavirus] and won’t have to miss any softball games.” Such is the nature of game planning in a pandemic.